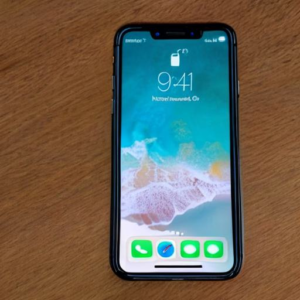 Apple has once again shocked everyone by unveiling its most incredible improvements with IOS 16 being out of the gates. Although this new update provides entertaining possibilities and a whole new lot of functionalities, it also presents safety concerns for children and parents.

Some of these changes may be a little daunting for parents. In this article we cover critical components of the most recent iPhone upgrades that all parents should be aware of in order to better protect their children.

Sent text messages can be edited and canceled

After hitting “send,” Apple users may now edit (within fifteen minutes) and cancel (within two minutes) any text message in iMessage.

Social media like Snapchat and Instagram already had this “unsend and edit” tool in their arsenal which explains the rapid popularity of this feature, especially among youngsters.

Bare to mind that this feature only functions with iPhone 8 and after (on phones that can update to iOS 16). Older phones or Android phones cannot use it. Children can thus choose to erase messages on their end, but texts sent to older iPhones will not be removed.

On a cloudier side, this novelty makes it possible to send and quickly remove any kind of objectionable information from your child’s phone, including texts, pictures, and videos. Fortunately, when a modification like this occurs, notification will let you and the receiver know that a revertive action has been taken.

Editing isn’t as worrying as the unsend function since both you and the other person will be able to see a complete record of the altering history, including the original content.

You can now lock hidden and recently deleted photos

There are two photo albums named Recently Deleted and Hidden. The Hidden album is the sole area where you may find photos that are hidden from view in your library. Photos and videos are kept in the Recently Deleted album for 30 days before being permanently removed from your device.

These albums will now be restricted by default as of the iOS 16 update, requiring authentication to access them. In other words, in order to see these albums, you will now need to utilize Face ID, Touch ID, or your passcode.

Warning to Parents: If you don’t have access to your children’s log-in credentials, they will now be able to keep unsuitable stuff on their devices without your awareness.

IOS users may now invite anybody to collaborate on a note in the Notes app by sending them a link. Kids could use it to speak covertly with pals or have flings, despite the fact that it sounds like a nice idea and is comparable to Google Docs in that it allows for many users to work on a project at once.

Parents may believe that limiting social media applications and texting after night will allow them to sleep well, however children may use this weakness to sext or text other people.

The improvements to the Health app will be very helpful if your kid has to take medications on a regular basis. You can now track your prescriptions, vitamins, and supplements and get alerts when it’s time to take them. To learn how regularly they are remembering to take their medications, kids may also log each time they do so and obtain interactive charts.

26 January 2023
in Pedagogy and Education

The dangers of Snapchat for kids

How is artificial intelligence affecting kids

Can too much screen time cause seizure?

Read more
Twitter Facebook Instagram Linkedin
Manage cookie consent
To provide the best experiences, we use technologies such as cookies to store and/or access device information. Consenting to these technologies will allow us to process data such as browsing behavior or unique IDs on this site. Failure to consent or withdrawing consent may adversely affect certain features and functions.
Manage options Manage services Manage vendors Read more about these purposes
View preferences
{title} {title} {title}